The 34-megawatt solar photovoltaic facility is expected to supply all of Koodaideri’s electricity demand during peak solar power generation times, and about 65% of the mine’s average electricity demand when it begins operations in late 2021.

Koodaideri mine will have an annual capacity of 43 million tonnes, underpinning production of the Pilbara Blend, Rio Tinto’s flagship iron ore product 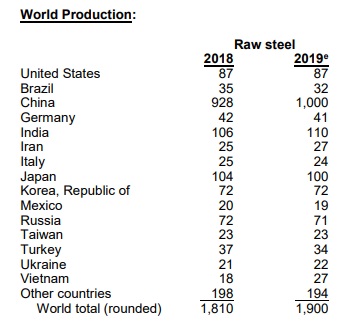 Linde Gas AB and Ovako have partnered to conduct a full-scale trial using hydrogen to heat steel before rolling. The trial was performed in one of the company’s pit furnaces at the Hofors rolling mill in Sweden and showed "good results". The companies have said that the development proves that carbon dioxide emissions from rolling can be eliminated provided the right financial support and infrastructure are in place.

As part of its sustainability drive, Ovako has worked to modernise and improve the efficiency of its furnaces and investmented heavily in recent years in new technologies, including upgraded control and automation systems. The use of hydrogen in combustion would have a great positive effect on the environment since the only emission generated is water vapour.

In collaboration with Linde Gas, Ovako, which is a subsidiary of Japan's Nippon Steel Corporation, conducted a trial in which steel was heated using hydrogen instead of LPG (liquefied petroleum gas) before rolling at the mill in Hofors. The trial was successful and testing of the steel produced showed that heating with hydrogen does not affect the quality. Given the right conditions, the company says it could therefore introduce hydrogen heating for furnaces at all its rolling mills and thereby drastically reduce its carbon footprint from cradle to gate.

“This is a major development for the steel industry. It is the first time that hydrogen has been used to heat steel in an existing production environment. Thanks to the trial, we know that hydrogen can be used simply and flexibly, with no impact on steel quality, which would mean a very large reduction in the carbon footprint. We have worked closely with Linde for many years and are proud to be doing this together,” said Göran Nyström, EVP Group Marketing & Technology.

“We have been working on furnace modernisation for a long time, to make our furnaces as productive and energy efficient as possible. It is very exciting that we now have proof that it is possible to use hydrogen in heating without affecting the quality of the steel. If we can make this investment, it would have a great positive impact on the environment. Our estimate is that an initial investment would save 20,000 tonnes of carbon dioxide each year, and that is just the beginning. We performed this trial in such a way that it can be reproduced at full scale in Hofors and at our other rolling mills,” said Anders Lugnet, Group Technical Specialist, Energy & Furnace Technology at Ovako.

Australia, which is the world’s leading producer and exporter of iron ore, experienced slower production growth in 2019 of 1.2%, versus 2.8% in 2018, partly due to the effect of Cyclone Veronica. The cyclone caused production disruption at two of the country’s three largest producers, Rio Tinto and BHP, with respective falls of in output of 3.3% and 0.7%.

Australian iron ore major Fortescue Metals Group (ASX: FMG) has hit a milestone in the rollout of autonomous haulage systems (AHS) at its Western Australia operations, with the conversion of its 100th driverless truck.

Transforming the company’s 108 haul trucks at the Chichester Hub, which includes the Christmas Creek and Cloudbreak mines, is expected to be completed in September 2020, the company said.

Since introducing AHS technology in 2012, Fortescue has converted 168 trucks across its Solomon and Chichester Hubs.

The miner’s autonomous haul fleet has moved roughly 1.4 billion tonnes of material and achieved a greater than 30% increase in productivity levels, when compared with traditional driver-operated fleets, it said.

The rapid truck conversion put Fortescue on track to becoming the first iron ore producer to have a fully autonomous haulage operation this year.

“Most importantly, the introduction of AHS technology has improved safety outcomes across our operations,” she noted.

Last year, however, one of its massive driverless trucks collided with another one at the Christmas Creek iron ore mine. There were no injuries.

Pioneer
Fortescue, the world’s no. 4 iron ore producer, has been a trailblazer in automation. It was the first miner in the world to deploy Caterpillar autonomous haulage on a commercial scale at the Solomon Hub.

It was also the first in the world to add Command for Hauling (part of CAT’s MineStar technology) on a CAT 789D and Komatsu 930E trucks.

The news comes as covid-19 is changing the way technology projects in mining are executed as the pandemic appears to be accelerating the industry’s digital transformation.

Chinese steel company Baowu is at the head of a group of steelmakers seeking to develop the massive Simandou iron mine in Guinea, taking over from Aluminum Corp. of China (Chalco) as it seeks to secure supply of the raw material, Caixin Global reported Tuesday.

The state-owned giant wants to develop the iron ore mine after acquiring shares of the project held by Chalco in cooperation with other steelmakers.

China’s steel association and major steelmakers have called for an increase in domestic iron ore production as well as greater investment in exploration overseas to ensure supplies. The country last year produced 56% of the world’s steel.

China is the world’s top iron ore consumer, with its demand set to hit 1.225-billion tonnes in 2020, according to a government think tank. But it has a heavy reliance on imports, having shipped in one-billion tonnes of ore in 2019.

Baowu estimates getting Simandou up and running could require more than $15 billion all told after factoring in the necessary infrastructure build-out, such as a cross-country railroad and deep-water port.

Industry experts widely consider Simandou to be the largest high-grade iron ore deposit in the world, but it has struggled to enter production for years.

Rio Tinto had previously held rights to develop all four blocks of Simandou before being stripped of the rights to blocks 1 and 2 in 2008. Those rights went to a joint venture between Israeli billionaire Beny Steinmetz’s BSG Resources and Vale.

In March, Guinea selected the China-backed consortium SMB-Winning to develop blocks 1 and 2, which holds estimated reserves of more than 2 billion tonnes of high-grade iron ore. 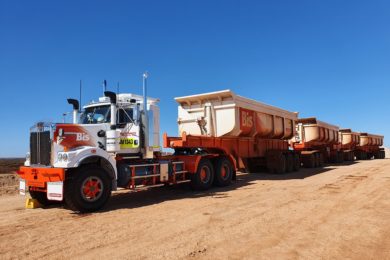 Bis and its innovative haulage solutions have been selected for a major contract from Roy Hill at its iron ore mine in the east Pilbara region of Western Australia.

The two Chinese companies plan to set up a joint venture to work on the first stage of the mine, which also contains copper, cobalt and gold reserves, an HBIS Resources filing to the Shenzhen Stock Exchange showed.

The scope of cooperation includes mine and port construction and operation, it added. No value was put on the framework agreement, which was signed on July 31 and will serve as a basis for negotiations between the two firms.

Investing in Peru, the world’s second-biggest copper producer after neighbouring Chile, would be HBIS’ first foray into South America. It coincides with steady demand from Chinese steel mills as prices of iron ore, the main steel-making ingredient, top $100 a tonne.

Qingdao-based Zhongrong Xinda acquired the rights to Pampa de Pongo in 2016 and its subsidiary Jinzhao Mining Peru is the project’s operator.

A portfolio published by Peru’s Ministry of Energy and Mines in October 2018 said Pampa de Pongo, in the Arequipa region, could produce 28.1 million tonnes of iron per year and was expected to start operations in 2023.

It put the investment required at $2.2 billion.

Peru in mid-March imposed a mining lockdown to curb the spread of the new coronavirus, but has since eased restrictions. The country has reported more than 400,000 confirmed coronavirus cases and more than 18,000 deaths from covid-19, the respiratory disease the virus causes.


Vale confirms $1.5bn expansion of iron-ore mine in Brazil
The board of Brazilian mining major Vale has approved plans to increase production at its Serra Sul mine to 120mn tonnes per year

The Serra Sul mine is located in the municipality of Canaã dos Carajás, and forms part of Vale’s Northern System mining complex. Its capacity is currently only 100mn tonnes; Vale’s board has approved the ‘Serra Sul 120’ project, which will require approximately £1.5bn (£1.15bn) of investments over several years. The board aims to commence work on increasing capacity by 2024.

Work to expand the iron-ore mine will include creating new mining areas, duplicating the existing long-distance belt conveyor (TCLD), implementing new process lines at the plant, and increasing the capacity of storage areas. Work to duplicate the TCLD alone will cost $385mn (£293mn).

In a statement on Thursday 13 August, Vale commented: “The Serra Sul 120 project will create an important buffer of productive capacity, ensuring greater operational flexibility to face eventual production or licensing restrictions in the Northern System”.