Coal is Australia’s most valuable export in 2018

Coal will replace iron ore as Australia’s most valuable export this financial year as supply concerns lead to a steep price rise for the core commodity. 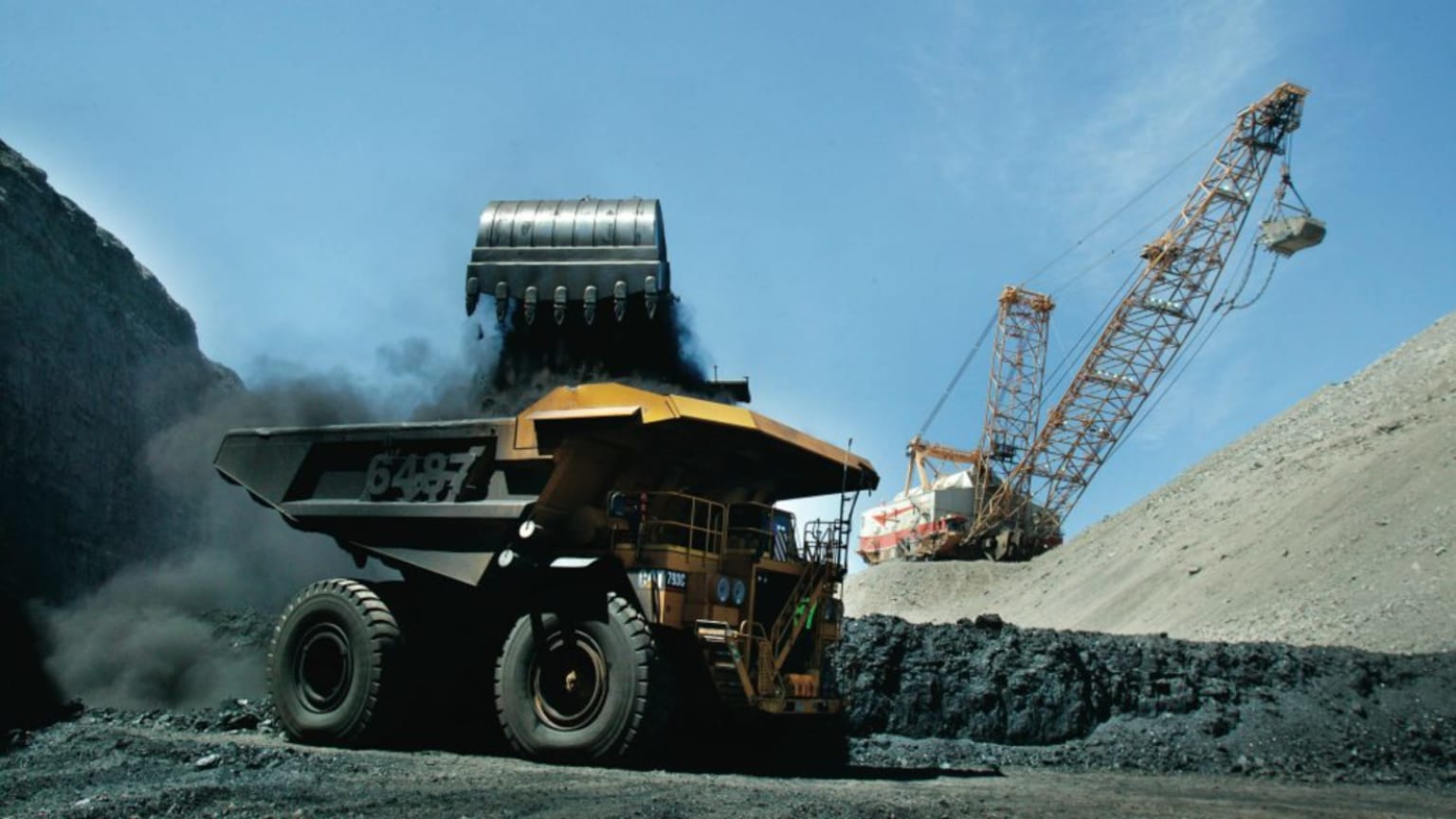 Coal leapt over iron ore as supply concerns ratcheted up the price. It is the first time coal has overtaken iron ore in value since the mining boom five years ago.

Australia's government this week granted final approval to the controversial Carmichael coal mine project, to be built in Queensland by Indian company Adani.

The project has been subject to years of delays by environmental protestors who argue it should not be allowed on climate grounds and fear it could pave the way for more coal mines in the area.

But its supporters say the mine will create thousands of job in the area, which has suffered from high unemployment.

Construction on the mine is expected to start within days.

The most divisive mining project in recent Australian history can finally break ground after the state of Queensland cleared the final regulatory hurdle on Thursday for Adani Group’s Carmichael coal mine.

The approval of the project’s groundwater management marks the end of an almost 10-year wait, during which the proposed mine faced steady resistance by environmental groups. Local and international detractors, including the scientific, educational and cultural arm of the United Nations, (UNESCO), worried about the impact on marine ecosystems, particularly by the Great Barrier Reef.

It also potentially paves the way for half a dozen new thermal coal mines to come online in Australia, by opening up Queensland’s remote Galilee basin with rail infrastructure to the coast 320km away at Abbot Point.

Other coal projects in the area include some of Australia’s wealthiest mining billionaires such as Gina Rinehart, who has a joint venture with India’s GVK Group, and controversial politician Clive Palmer.

The Carmichael project, acquired by the Indian conglomerate in 2010, is expected to produce 8-10 million tonnes of thermal coal a year and cost A$2 billion ($1.4 billion) during its initial phase.

“We’re ready to start work on the Carmichael Project and deliver the jobs these regions so badly need,” chief executive Lucas Dow said in a statement.

“[The authorization] confirms the mine’s plan complies with all regulatory conditions set by the Australian and State Governments, bringing to a close a two-year process of rigorous scientific inquiry, review and approvals,” Dow added.

According to official estimations, Carmichael will contribute $2.97 billion each year to Queensland’s economy and will create 1,500 direct and 6,750 indirect jobs during ramp up and construction.

Mine and coal port locations.

Analysts at WoodMac expressed their doubts about the timeline announced by Adani — about two years until beginning production.

“We remain cautious on the timeframe for delivery of first coal onto a vessel given the sizeable task of building out both a new large-scale mine and greenfield rail connection,” they said in a note to investors.

“We anticipate at least a 12-month delay to Adani’s target of first coal exports, approximately two years from the commencement of construction, predominantly associated with delays in the construction of rail.”

The news come as other developed nations step up strategies to meet Paris Agreement emissions targets, and as several banks and insurers scale back exposure to the fossil fuel and to new thermal coal mines in particular.

Thermal coal is one of the largest sources of greenhouse gas emissions. If burnt, output from Carmichael would release 700m tonnes of carbon dioxide into the atmosphere every year for more than 50 years.

Adani Group has kicked off construction at its controversial Carmichael coal and rail project in Australia’s Galilee Basin after receiving last week approval from the Queensland government to break ground.

The company said it already had around 60 workers at the location, in charge of surveying and clearing for access to the mine site.

They are also undertaking fencing, geotech and water management activities which “are being conducted safely and in line with environmental approvals,” the company tweeted.

Queensland’s Department of Environment and Science (DES) approval of Adani’s groundwater management plan (GDEMP) for the mine last week, marked the end of an almost 10-year wait, during which the proposed mine faced steady resistance by environmental groups.
........

India’s Adani Enterprises has awarded a contract to an Australian rail company as the conglomerate steps up infrastructure spending to support its new thermal coal mine in Queensland state.

The A$100 million ($68.30 million) contract was awarded to privately held Martinus Rail, based in the regional city of Rockhampton, Adani said in a statement on Friday.

Adani Mining Chief Executive Lucas Dow said more than A$450 million worth of contracts had already been awarded on the Carmichael Project, the majority to regional Queensland areas.

“Construction on the Carmichael mine and rail project is well and truly underway onsite, and our big contracts are now also lined up as we ramp up activity,” he said.

The Carmichael mine has been a lighting rod for climate change concerns in Australia, and was seen as a factor in the surprise return to power of the conservative Liberal/National coalition in a national election in May because of the jobs it promised.

First acquired by Adani in 2010, the project is slated to produce 8 million-10 million tonnes of thermal coal a year initially and cost up to $1.5 billion.


The world’s most controversial mine is in a hole

It’s not unusual for large new mines to attract opposition and controversy. But rarely has so much energy, political and financial capital been spent on a project with as little prospect of making money as Australia’s Carmichael mine.

As we’ve written, the sums used to justify the pit being developed by an affiliate of billionaire Gautam Adani’s ports-to-power Adani Group don’t really make sense. At reasonable costs for production, transport, finance and infrastructure, its low-grade coal would be far more expensive than comparable product available elsewhere.
.....

Australia’s state of Queensland has granted Glencore’s A$1.5 billion ($1bn) Valeria coal mine the status of “coordinated project”, which will see it fast-tracked as the nation looks for alternatives to kick start the recession-ridden economy.

The decision will bring environmental and other assessments for the mine, expected to produce 20 million tonnes of coal annually for 35 years, under the office of the state’s coordinator general.

Valeria’s expected output equals about 4% of Australia’s total coal production. That is double the size of Adani’s Carmichael project, also in Queensland, which was approved by the state government in June 2019 after a near decade-long struggle with regulators and environmental protesters.

Queensland’s Treasurer, Cameron Dick, said the project is expected to support over 1,400 construction jobs and 950 full-time positions once fully operational.

“This new mine has the potential to create hundreds of new jobs as Queensland recovers from the extraordinary shock of the global coronavirus pandemic,” Dick said. “Coal mining has a long history in Queensland and will continue to be a major industry for many years to come.”

Glencore said the move was an “important and positive step” for its planned Valeria mine, which would extract a mix of metallurgical coal, used to produce steel, and thermal coal, needed for power generation. The amounts of each type of coal were not specified.

Based on the company’s “initial advice statement” sent to the government in April, Valeria would cover 28,000 hectares, with a “disturbance area” of 10,000 hectares.

It will replace production from other Glencore coal operations as they near retirement, including the nearby Clermont mine.

Glencore grabbed a 71.2% stake in the asset in 2018. As part of the transaction, it also acquired Rio Tinto’s 82% interest in the Hail Creek coal mine.

The coal sector brings in around A$70 billion in annual export revenue to Queensland.


BMA to invest in autonomous haul trucks at Daunia coal mine

BHP Mitsubishi Alliance (BMA) has announced a A$100 million ($69 million) investment and new jobs as part of the introduction of 34 autonomous trucks at its Daunia mine in central Queensland, Australia.

The first retrofit trucks will begin working from February next year, with the rollout expected to be completed by the end of 2021, it said. 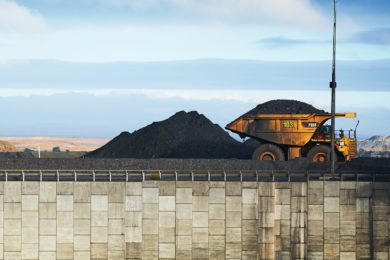 BMA Asset President, James Palmer, said this was a multi-generational investment in the industry and state at a time when it is needed.

“We acknowledge the important role our business and industry can play in supporting Queensland communities and the local economy during this time,” he said.

“This announcement is a vote of confidence in Central Queensland. At least 10 regional and indigenous businesses will be employed to support the rollout, with contracts worth A$35 million. This will result in 150 additional project roles for BMA people and contractors. This is on top of 56 new permanent roles on site.”

He reiterated that there would be no job losses as a result of the decision and anyone who currently works with the company – as an employee or labour hire worker – would be given the opportunity to continue to do so.