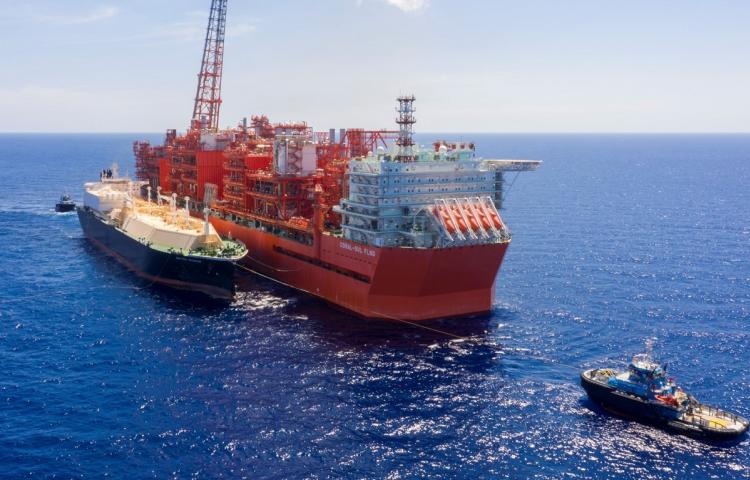 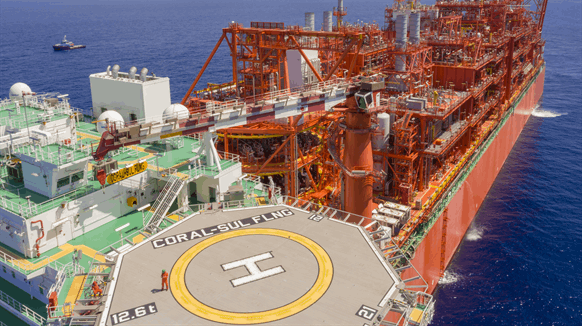 The President of Mozambique has inaugurated Eni's Coral-Sul FLNG installation located in the ultra-deep waters of the Rovuma basin.

The President of Mozambique Filipe Jacinto Nyusi has inaugurated Eni’s Coral-Sul FLNG installation located in the ultra-deep waters of the Rovuma basin.

The inauguration was attended by the Minister of Mineral Resources and Energy Carlos Zacarias and by representatives of Mozambique’s government. They were accompanied by an Eni delegation led by Guido Brusco, Chief Operating Officer of Natural Resources.

The event took place after the shipment of the first LNG cargo on November 13 from Coral Sul FLNG, the world’s first ultra-deep-water FLNG and the first LNG producer in Mozambique. The project, sanctioned in 2017, came on stream after just 5 years, in line with the initial budget and schedule, despite the disruptions caused by the Covid pandemic.

Coral South, a landmark project for the gas industry, is projecting Mozambique onto the global LNG stage, paving the way to a transformational change in the country through the development of gas resources, an important contribution to the security and diversification of supplies to Europe and one of the most effective solutions to ensure a just energy transition.

On the sidelines of the inauguration ceremony, President Nyusi and Eni representatives also discussed the possibility of replicating the success of the Coral South project with further FLNG development, as well as other onshore projects.

They also discussed the status of Eni’s initiatives towards carbon neutrality, including the agri-feedstock project under the agreement between Eni and the Government of Mozambique. The project aims to produce oil from seeds, wastes, and residues that do not compete with food crops and agricultural lands, to be used in biofuel production.

Coral Sul FLNG has a gas liquefaction capacity of 3.4 million tons per year and will produce LNG from the 450 billion cubic meters of gas of the Coral reservoir.

Area 4 is operated by Mozambique Rovuma Venture, an incorporated joint venture owned by Eni, ExxonMobil, and CNPC, which holds a 70 percent interest in the concession. In addition to the joint venture, the other shareholders in Area 4 are Galp, KOGAS, and ENH, each with a 10 percent participation interest. Eni is the Delegated Operator for the Coral South project and all Upstream activities in Area 4.