Chinese media is reporting that a large deposit of silver has been found in the autonomous region of Inner Mongolia.

According to Xinhua, the state-owned news agency, the deposit contains over 100 million tonnes of silver ore. It wasn't clear from the media report whether that number refers to resources or reserves, but it must be resources, since Chinese silver reserves currently only stand at 39,000 tonnes, states the US Geological Survey. The deposit is located in Shuangjianzi Mountain in Inner Mongolia. Accurate mining statistics are notoriously difficult to pin down from China, which often inflates them.

The USGS puts China in fifth place in terms of silver production and reserves, behind the United States, Australia, Bolivia and Chile. The largest silver producer is Mexico, at 5,600 tonnes, and the country with the largest reserves is Peru, at 120,000 tonnes. 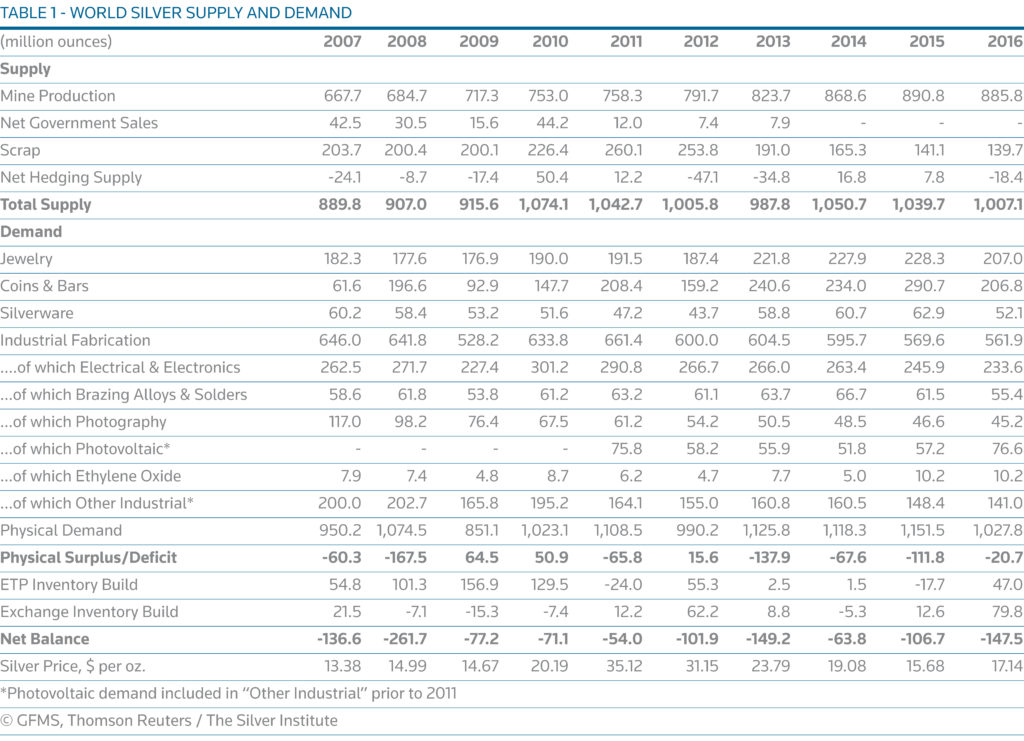 Global silver mine production declined by 0.6 percent in 2016 to a total of 885.8 Moz. A large proportion of the drop was attributable to the lead/zinc and gold sectors, where production dipped by a combined 15.9 Moz. On a regional basis, Mexico registered the largest drop in production last year, followed by Australia and Argentina, yet those losses were partially offset by gains in Central and South America and Asia. Even so, Mexico was again the world’s largest silver producing country, followed by Peru, China, Chile and Russia. 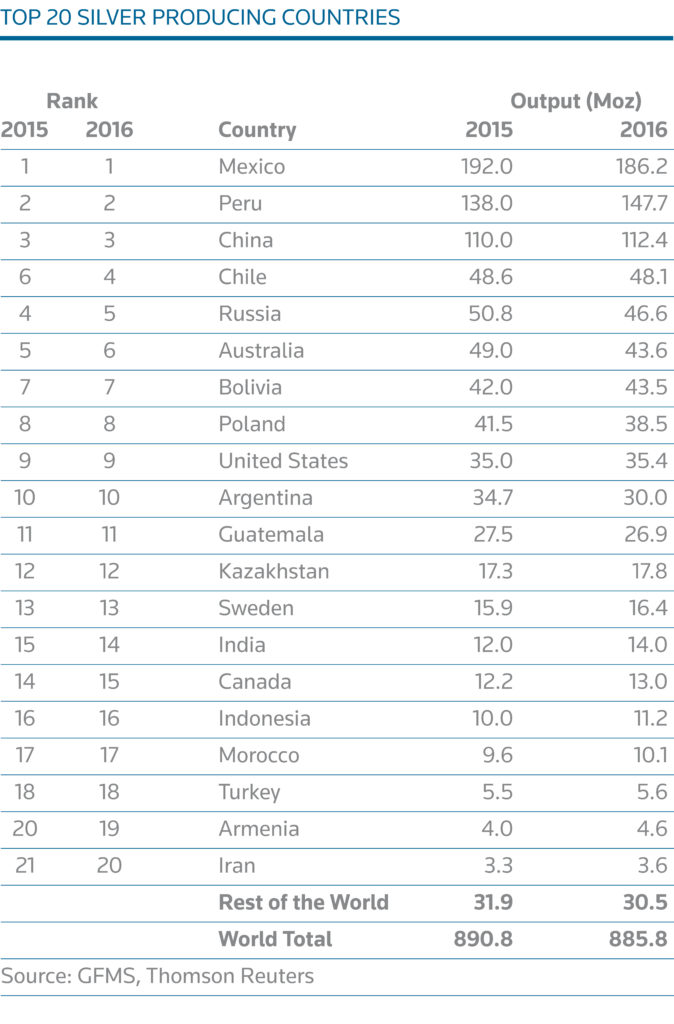 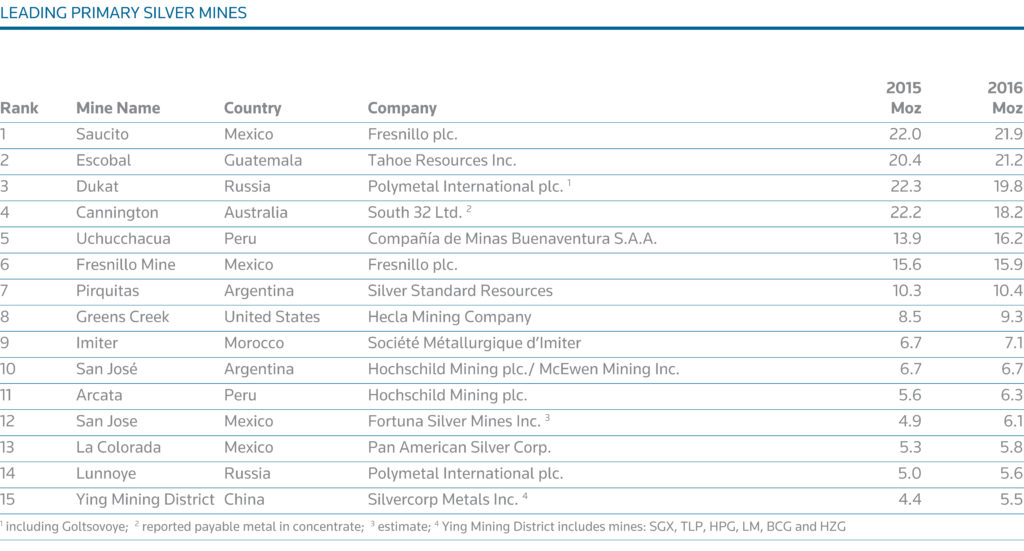 Depletion Curves: What Oil Depletion Teaches Us In Predicting The Silver Price 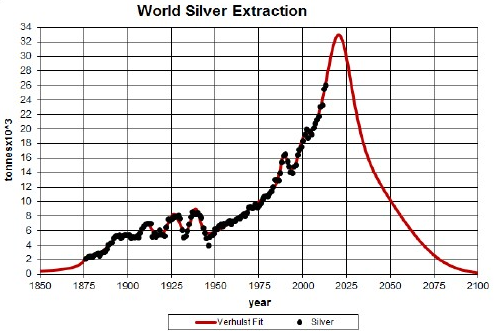 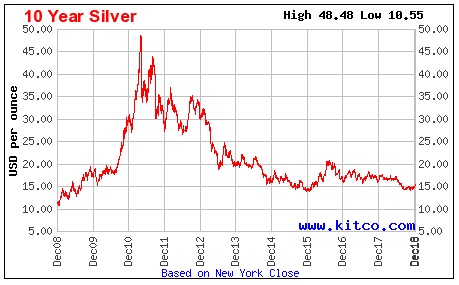 EMX Royalty, a royalty holder on the Gumsberg project in Sweden, announced this week that operator Boreal Metals (TSXV:BMX) discovered a high-grade zone of zinc-silver-lead-gold mineralization, named the South Zone, at the property.

In a press release, EMX explained that the South Zone occurs near the historic Östra Silvberg mine, and is currently delineated as 130 meters of eastward plunging mineralization that remains open for expansion to the east and at depth.

The firm also made public diamond drill results from the work that Boreal is carrying out at the 18,300-hectare Gumsberg site.

Gumsberg consists of five exploration licenses in the Bergslagen mining district of southern Sweden. According to the companies involved in the project, multiple zones of Volcanogenic Massive Sulfide style mineralization occur in the area, which was first mined in the 13th century.

Historic information reveals that up until the early 1900s, over 30 mines operated on the property, notably the Östrasilverberg mine which was the largest silver deposit in Europe between 1300 and 1590.

"Despite its long-lived production history, relatively little modern exploration has taken place on the project," the companies said.