Vale is the nickel king based on 2017 production totals.

Vale produced 242 kilotonnes of nickel in 2017. Norilsk Nickel was second having produced 163 kilotonnes.

Nickel, a key metal for lithium-ion batteries and part of the electrification drive, was on a tear for most of 2018 but has recently fallen to earth. Nickel was up 25 percent this spring when it was trading above $15,000 per tonne, but it has recently succumbed to the base metal rout and is now down to $12,400 per tonne on the LME.

Ranking is based on mine production alone. Total excludes nickel provided by external parties.

MINING.com ranking divides nickel production amongst nickel mines that are jointly owned. For example total output at Sorowako was 78 kilotonnes. Vale is attributed 59% of 78 kilotonnes or 46 kilotonnes.

Vale – 243 kilotonnes – The integrated Brazilian miner is the top nickel producer. It gets a big lift from Canada where both its top-producing mines are located: Vale's Sudbury Mine produced 62 kilotonnes of nickel in 2017, followed by Voisey's Bay at 51.8 kilotonnes. The four other mines are Sorowako (46 kilotonnes), VNC-Goro (34 kilotonnes), Onca Puma (25 kilotonnes) and Thompson Operations (23 kilotonnes). Note that the total nickel production for Sorowako, which is 59% owned by Vale, is divided amongst mine owners. Vale also has 95% interest in VNC-Goro.

Norilsk Nickel – 163 kilotonnes – The Russian miner has some of the biggest nickel mines in the world. It's Kola and Polar Division produced 155 kilotonnes of nickel in 2017. Note that Norilsk doesn't split out total nickel production amongst the two mines. Production is wholly attributed to Kola. Norilsk's other mine, Nkomati, produced 8 kilotonnes for the Russian Miner. Norilsk has a 50% interest in the mine.

South32 – 41 kilotonnes – All of South32's production was attributed to its Cerro Matoso Mine that produced 41 kilotonnes.

Lundin Mining – 22 kilotonnes – Lundin got all of its nickel from its Eagle Mine (22 kilotonnes). 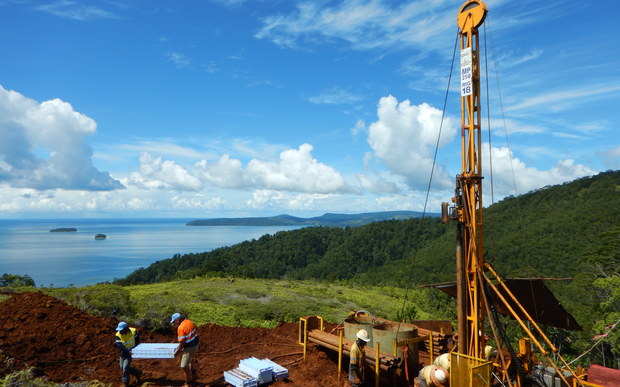 The Isabel Nickel Project is widely considered one of the largest nickel laterite deposits in the Pacific and is made up of a number of deposits in Isabel Province of Solomon Islands with the key deposits being San Jorge and Kolosori.

Development activities on the San Jorge deposit are currently underway and the Company has submitted a mining lease application with the Solomon Islands Government which is pending formal consideration.

In May 2018, the Solomon Islands Government through the Ministry of Environment approved the Environmental Impact Statement (‘EIS’) and also granted Development Consent to Axiom KB Limited for its proposed mining operations on the San Jorge deposit.

The Development Consent allows Axiom to construct the mine and allows for mining to occur, subject to the grant of the mining lease by the Ministry of Mines.

Whilst Axiom awaits the granting of the mining lease, the Company has undertaken contingent forward planning in the lead up to this key decision. Preparations for mobilisation to site of its key mining personnel and infrastructure are underway.

US construction equipment company Caterpillar has unveiled its first electric underground loader, which will use lithium ion batteries.

The new LHD vehicle, the R1700 XE, will be based on the R1700, a 15-tonne loader that was itself a step towards cleaner operations when it was launched in 2018. The original R1700 was 34% more fuel efficient than previous Caterpillar loaders. The XE will incorporate a number of the R1700’s features, including a 65% increase in lift force over previous models.

Because it will use lithium ion batteries, this model sees a ten-fold decrease in total energy costs and an eight-fold drop in heat generated, compared to entirely the diesel-powered R1300. The XE will use a standalone fast charging system that will allow for onboard charging of the batteries.

“For underground mining specifically, this electrification experience was reinforced by the development of a proof of concept machine,” said Caterpillar in a statement. “Caterpillar converted a conventional diesel Cat LHD into a battery electric platform.

“Both the loader and charging system saw substantial testing at Caterpillar’s Peoria proving grounds, and that was followed by weeks of operation and testing at a customer’s mine in Canada.”

The loader was tested at Glencore’s Sudbury nickel mine in Ontario, which mined more than two million tonnes of nickel ore in 2018 across two operations, demonstrating its effectiveness at a large-scale project. The technology could be of interest to Glencore, which is under pressure from shareholders, including the Church of England, to cut down on its carbon emissions, following a year in which it produced close to 130m tonnes of coal. 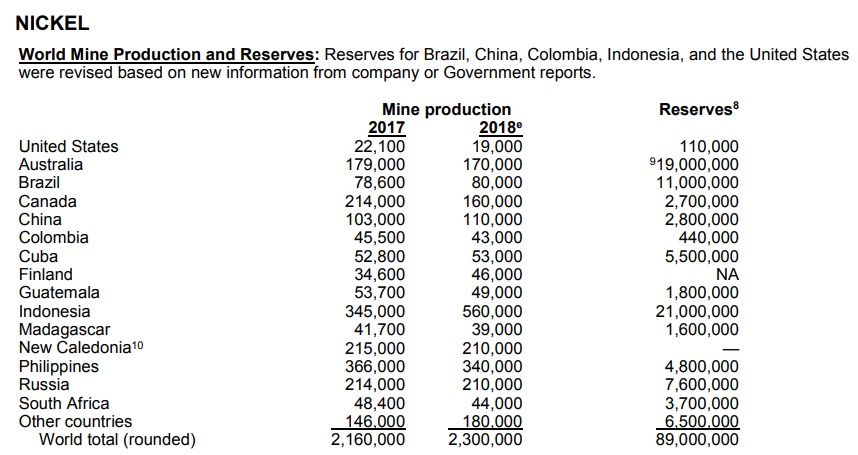 The deployment of nickel also outpaced the growth of the EV market overall. In May this year, total passenger EV battery capacity deployed globally was 48 percent higher year-on-year, according to Adamas data.